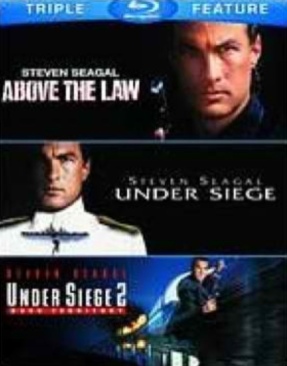 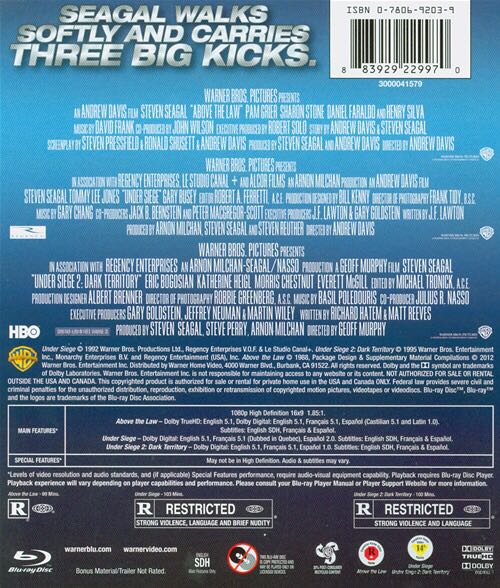 Under Siege Collection: 1&2, Above The Law

Plot Summary: Above the Law- Nico Toscani is a martial arts expert who was recruited by the CIA when he was in Japan, he would be sent to Vietnam... Under Siege- When the USS Missouri welcomes aboard entertainers for the battleshipâs last voyage, the visitors throw a party. A war party. Led by a rogue CIA operative (Tommy Lee Jones) and a turncoat officer (Gary Busey), theyâre killer-elite commandos out to hijack the shipâs nuclear arsenal. They overpower the crew. Except one man. âIâm just a cook,â that man says. But heâs a cook with a recipe for action. Heâs ex-Navy SEAL and decorated combat operative Casey Ryback (Segal). All hands on deck, action fans! Under Siege 2 - Casey Ryback hops on a train from Colorado to Los Angeles to start a vacation with his niece. Early into the trip, terrorists board the train and use it as a mobile HQ to hijack a top secret U.S. satellite weapon.